Defamation is a serious matter

four main requirements to qualify as damaging and actionable.

How to Combat Online Defamation?

Types of Damages for Defamation

The Difficulty with Damages

How to Calculate Damages in a Defamation Case?

The Cost of Suing for Damages

Defamation is a serious matter, and if you’ve been at the receiving end of defamatory statements, you understand this fact all too well. Defamation law balances the protection of a person’s reputation with the right to free speech. Because of this, it can be difficult to prove defamation and calculate defamation damages. Among other facts and factors involved in defamation law, defamation cases have four main requirements to qualify as damaging and actionable.

Defamatory Statements Must Be Proven to Be:

A defamatory statement can be verbal, written, gestured, and/or photographed. However, written statements are considered more serious by courts, juries, and insurance companies. To qualify as tortious, first, a defamatory statement must be proven false. This can be tricky, because a statement can be insulting and hurtful, yet it will only constitute defamation if one can substantiate it as incorrect. Clear statements of opinions like a negative review of a Broadway show will not be considered defamatory, because the critic may be right. It is entirely subjective.

Second, you have to prove how you were injured by the defamatory statements. There are several ways to prove this. You could have lost your job, been ridiculed, or shunned as a result of the defamation.

Third, the defamatory statement must be ‘published’. A published statement requires a third party to see it. For example, the statement could be heard by another person aside from the plaintiff and defendant. It can be an overheard conversation, written on the internet, broadcasted on TV or radio, or included in a speech. It can also be printed in newspapers, books, magazines, brochures, or on picket signs. 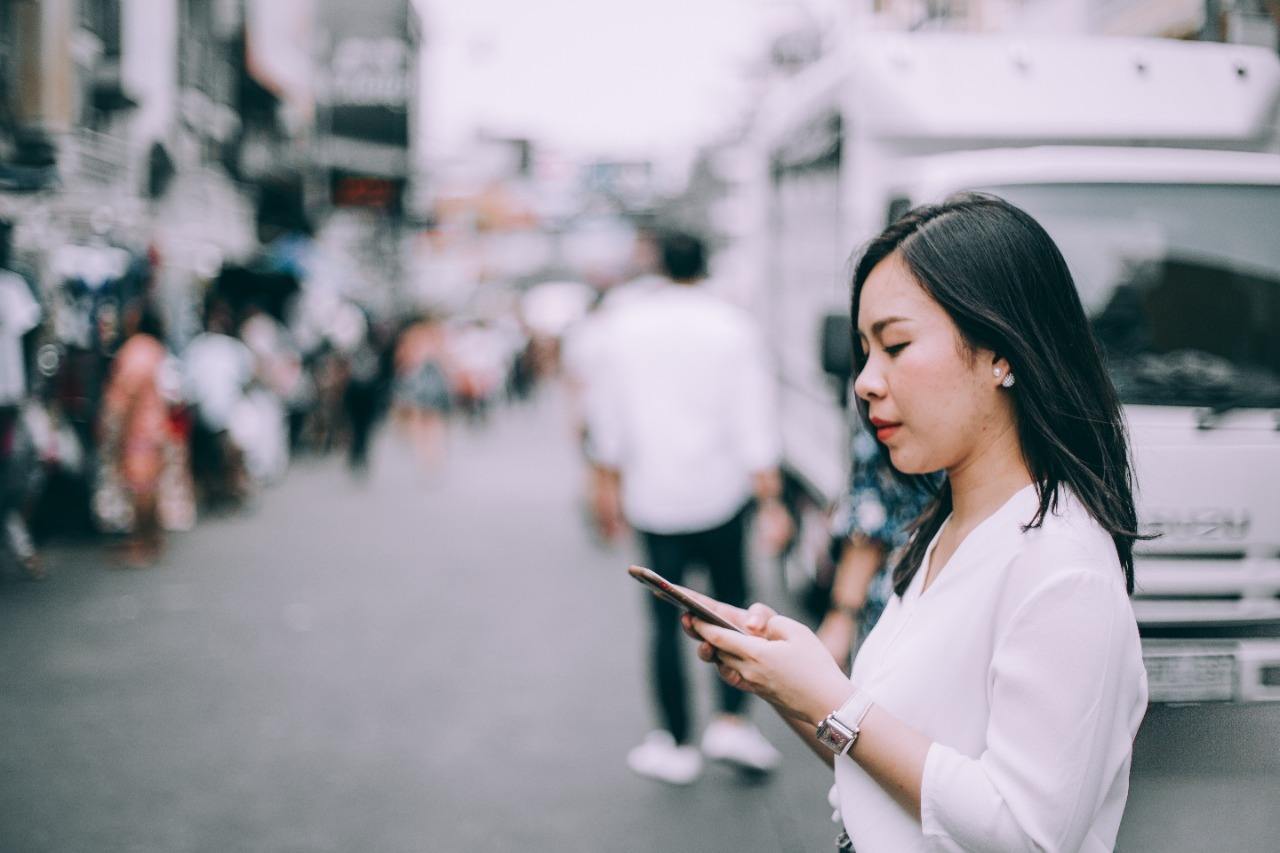 People holding public office, and famous people like actors and athletes have an extra hoop to jump through to prove defamation. People in these categories have to prove the involvement of ‘actual malice’ along with the above criteria. The public has the right to criticize elected officials, actors, athletes, and other people in the public eye. Actual malice is determined if the person making the statement knew that the statement was false or they spoke carelessly and did not make a decent attempt to verify and/or clarify their statement.

The four elements you need to prove in court are:

Online defamation has recently emerged as a form of defamation. It occurs when defamatory statements are made on the internet, through email, photos, videos, blog posts, etc.

Damages caused by online defamation can be harder to prove. The challenging part is often simply determining who the publisher of the defamatory statement is. There’s not always an easy paper trail to follow. Defamation attorneys may need to subpoena websites or internet service providers. They can also check emails and other account registration information.

There are six stages to a defamation lawsuit:

Your lawyer should walk you through these stages before your lawsuit begins. This will help prepare you, legally and mentally, for what’s ahead.

How to Combat Online Defamation? 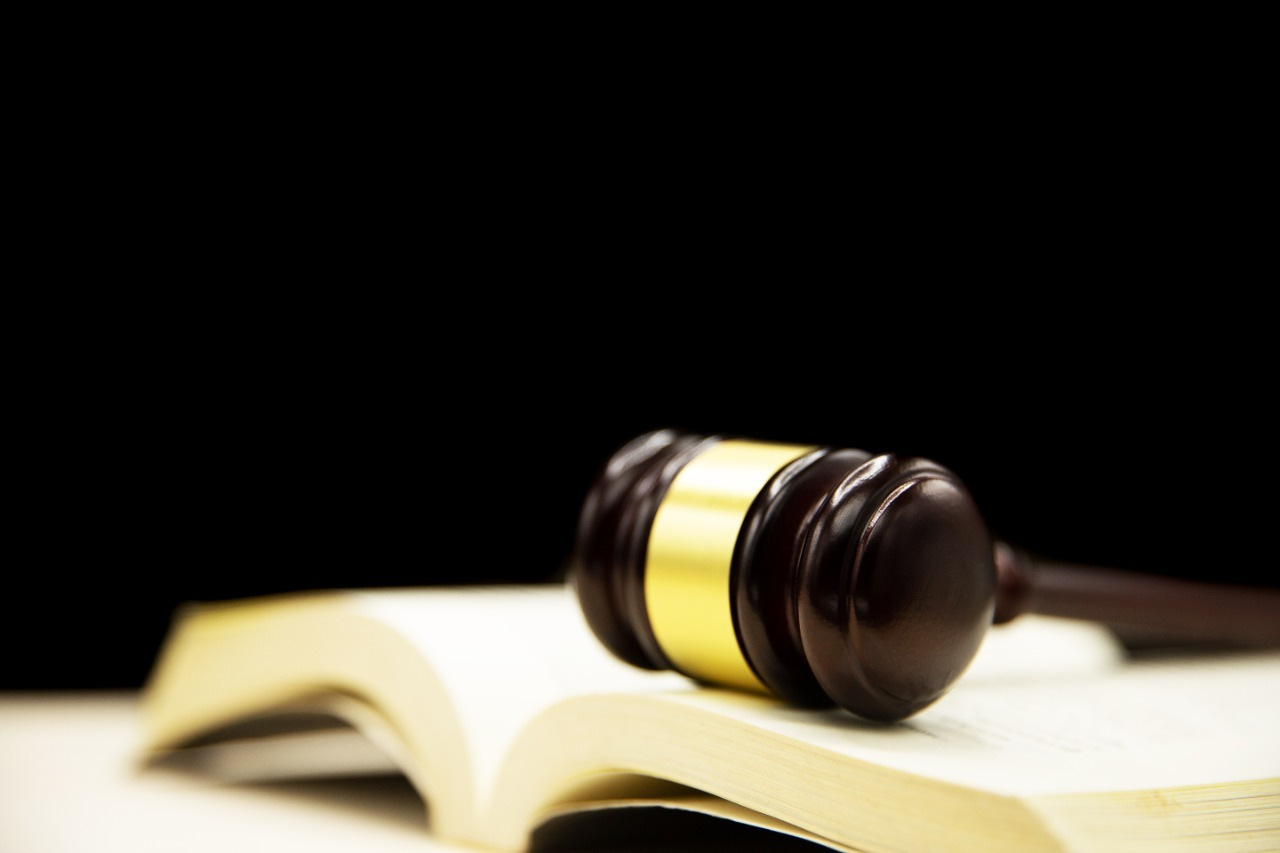 Hiring an attorney that specializes in online defamation is your surest bet. They know the ins and outs of online defamation law. Additionally, they will be better able to have content removed from the internet that would otherwise remain posted forever. A good online defamation attorney can also get what is called ‘injunctive relief’, which prevents the defendant from posting any future defamatory statements about you.

After your defamation attorney has done what they can to have false statements about you taken down, you can hire an online content removal company for further actions. Be careful when choosing a company. Some companies are skilled, ethical, and reliable while others use questionable, and even unethical tactics to remove reputation-damaging content. The latter might do you more harm than good. It is important to research content removal companies thoroughly before hiring them.

Types of Damages in Defamation

Actual damages are financial compensation for losses the victim has suffered due to the defamation addressed by the case. This includes any loss of property and financial loss for both individuals and businesses. You can also be awarded damages if the defamation harms your ability to earn an income in the future.

Assumed or presumed damages are awarded even if the plaintiff isn’t able to prove financial loss after experiencing defamation. The court has the power to decide if the victim’s reputation was indeed defamed. There is no set standard for the amounts awarded in presumed damages.

The Difficulty with Damages

Defamation lawsuits don’t always conclude with a big payday. There have been cases where the judge ordered the defendant to pay the plaintiff as little as $1. Other cases have resulted in defamation damages that surpass $1 million.

It is often quite difficult to quantify what a libel or slander case is worth. It is important to understand that every state has different laws, rules, and processes concerning what defamation is, who may sue over it, and how much the victim may claim in damages.

While other types of law and legal precedents are uniform and clear, defamation is an area with a great deal of variation, in both outcomes and damages. Furthermore, even when a person is held liable or ruled liable by a court, the plaintiff may still not be awarded damages in certain circumstances, as courts in the United States view liability and damages as separate issues.

How to Calculate Damages in a Defamation Case? 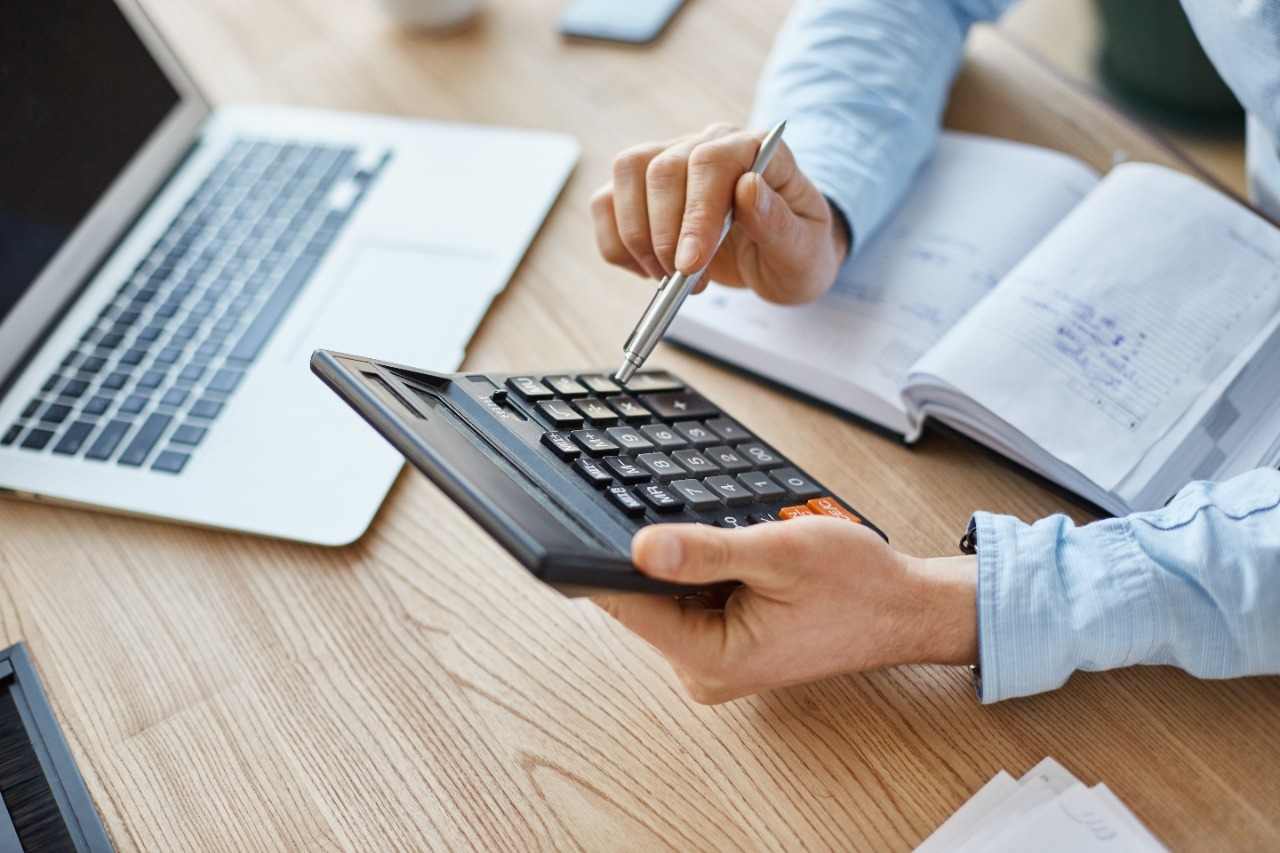 Calculating damages in a defamation case is complicated.  Because it’s more of a subjective equation, things aren’t cut and dry. You and your attorney will present to the court a sum total of the damages you believe you’re owed. At the outset of the case, this total will include reputational damages and loss of current and future earnings incurred due to the defamation. These can result from being suspended from work or loss of existing and potential customers because of what was said or written about you and/or your business.

Future earnings loss can also be measured by the failure to secure job interviews or getting hired due to the defamation. If you can prove this, you may be awarded damages for the loss of current and future earnings.

Other related costs can be added to the damages requested. For example, if you had to speak to a therapist because of the defamation, the defendant may have to cover those costs if found liable on grounds of emotional distress.

Another possible source of recoupable damages is if you spent money to restore your reputation. If you paid for an online content removal service, you may be able to claim those costs in court. If you were forced to leave your home due to harassment, or were evicted because of the defamation, that would put an extra financial burden on you, and the defendant would be responsible for the costs once the defamation is proven false and the court rules in your favor.

The Cost of Suing for Damages

The cost of bringing a defamation lawsuit to court can vary.  Many different factors can affect how much you’ll end up spending. Some questions that contribute to the same are:

In the end, defamation cases all come down to proof. Whether it’s verbal, in print, or online, you need to prove that you were defamed. Then, to be awarded damages, you need to provide evidence of the expenses and losses incurred after the defamation, showing that you deserve restitution.

As demonstrated above, proving a defamation claim can be tricky, and getting awarded damages can be trickier. The most important thing to remember, however, is that although it is difficult, it is not impossible, especially with the right approach and an experienced attorney and/or expert witness.

To ensure you traverse the tricky waters of online defamation without a lot of stress or damages, it is always better to consult professionals, whether that be an experienced attorney, an expert witness, or online reputation management firms. They can guide you in your lawsuit, and otherwise ensure that your reputation is preserved. 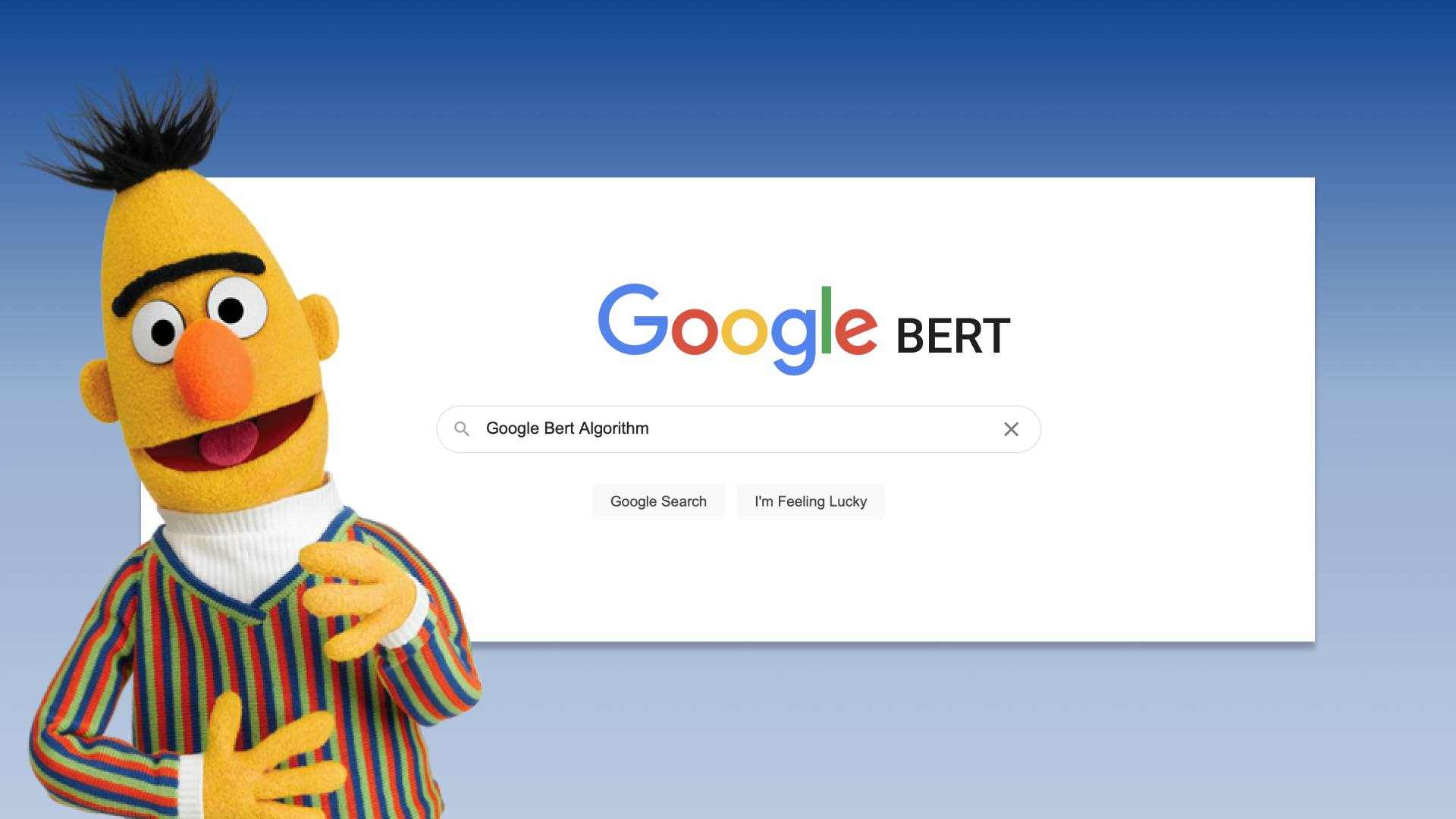 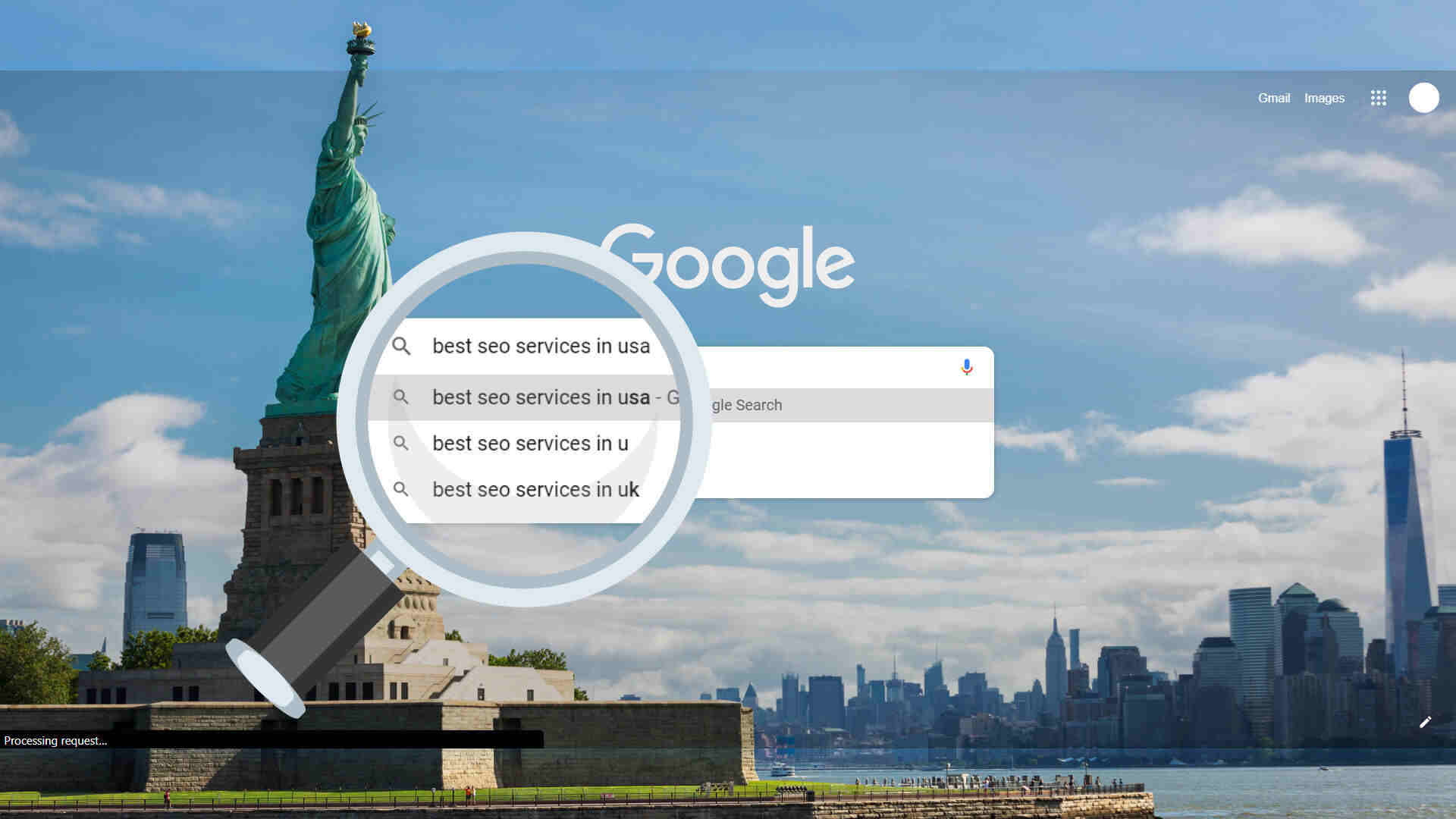